Dorking is fairly easy to reach on the train so there was no reason not to utilise that method of transport last week to visit a couple of churches there. St Mary the Virgin, Pixham, is an oddity: a little suburban-stroke-village church designed by Edwin Lutyens, no less, but intended to double up as a village hall. This is why there are curtains in front of the sanctuary, so it can be screened off when the rest of the building is being used for meetings or performances. Most of the space is therefore quite utilitarian, but the sanctuary itself is sort of Byzantine filtered through Art Nouveau. 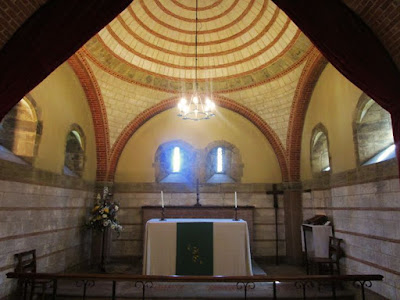 The mother church of Dorking, St Martin's, is a complete contrast. It is arguably the masterpiece of the Surrey-based Gothic Revivalist architect, Henry Woodyer. The interior space is very grand indeed: 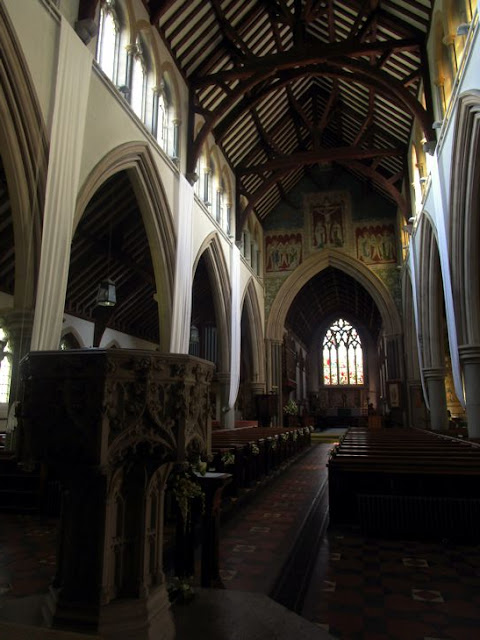 The marble and gold reredos, the piscina and sedilia, the stonework, tiles, brassware, stained glass and above all the mosaic work, all amounts to a riotous exemplar of what Victorian High-Churchery meant between 1870 and 1900. There are plenty of Anglo-Catholic signals to be spotted, if you know what to look for. 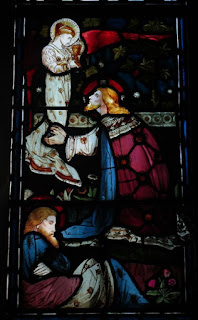 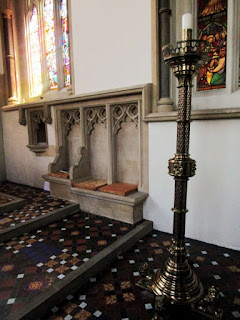 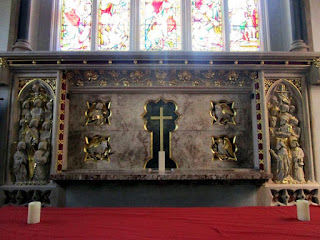 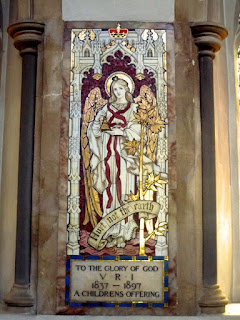 The windows include some Biblical characters, such as St Paul's friends Tryphena and Tryphosa on the left here, who I'm sure I've never seen depicted anywhere else!

The tradition continued a while at St Martin's - for instance the decoration of the Edwardian Lady Chapel was handled by GF Bodley, representing another generation of Gothic Revival Anglo-Catholicism. But while the church should, by rights, have become a powerhouse of High Anglicanism, it never really did. The Blessed Sacrament is reserved in the Lady Chapel, but there's no lamp to mark its presence, and the aumbry looks relatively modern. The Lady Chapel's dedication is comparatively early, but the only image of Our Lady there, apart from the altarpiece, is a laminated copy of an icon slapped on a wall. There was once a chancel screen, the marks of which you can see on the chancel step, along with the execrable beige carpet that every church seems to have introduced at some stage. 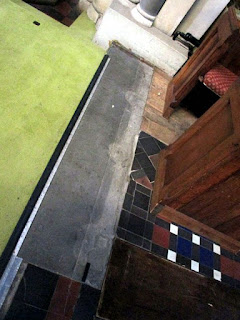 I think if you squint, the decoration on the organ pipes looks curiously like the eyes of Tibetan demons. That can't have been the intention, can it? 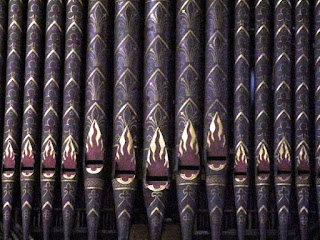